Twitter Bootstrap is a great css framework to use when building websites. What makes Twitter Bootstrap so freakin awesome? It takes all of today’s best HTML and CSS practices and wraps them up into a very convenient package.

I have built 2 websites using Twitter Bootstrap and keep coming back to it for it’s pure awesomeness. The css provided in the Bootstrap framework is rock solid. The css naming convention followed through out is very semantic and clean.

The css includes a good reset adapted from Normalize.css by Nicolas Gallagher.
Inside the default css there are two classes that I like to use no matter what css I am working with: clearfix and hidden.

It’s important to be able to toggle vertical and horizontal forms via css in order to be able to rapidly change your layouts based on customer feedback. The Bootstrap framework provides tidy css to do exactly that. By flipping the css class from form-horizontal to form-vertical, you can make a wide horizontal form to be a vertically stacked input form. 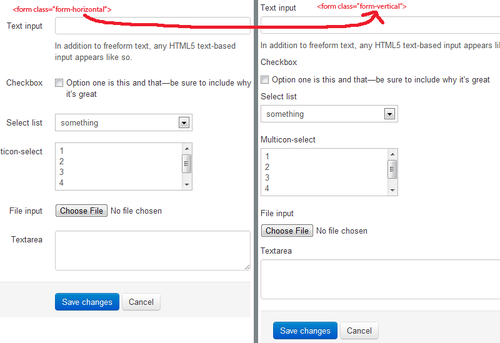 The provided css grid framework is by default based on a 12 column grid which is my favorite number of default columns. A 12 column grid can be divided into halves, thirds, and fourths, so it’s an optimal number of columns for a default grid. The columns can be offset or nested.

Bootstrap also contains a nice set of JavaScript plugins. My 2 favorite jQuery control plugins Bootstrap has are the Tooltip and Popover controls. jQuery UI doesn’t even have these 2 plugins. I have found tooltips and popovers in general to be great helpers in building pleasing user interfaces.

I am starting to look at Quartz .NET as potential task scheduler. I used the older version of Quartz.NET in the past and need to see review the new API. The latest version has a new fluent api. The first thing I check

I am a long time Mac user, going on a little over 3 years as of today. I have been very satisfied with the entire Mac experience. One thing that blew me away when I got my first Mac was that I didn't have