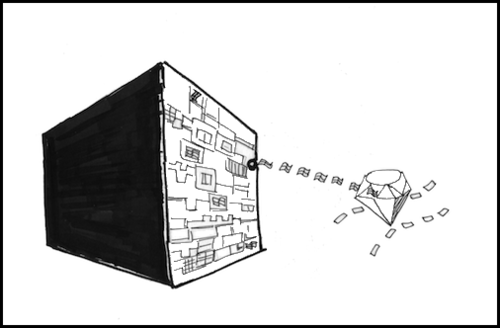 The first point, made in the talk is that Rails has a better logo and ASP .NET MVC has no logo. This was a funny point but well made. Open source projects almost always have a cool logo and Ruby has one as well.

I made a summary of the major talking points in the video and chose my personal winners.

ASP .NET MVC loses 2 points due to it's messy data access story. MS changes it's mind about Data Access constantly and EF Code First isn't feature complete yet. The point is they are very comparable stacks now. One major advantage or perhaps disadvantage would be the underlying languages: Ruby and C#. Ruby is a very malleable language and never has the same testing issues that C# often has.

This doesn't tell the whole story. If you don't care about the interactive console and you think Visual Studio is a better IDE, then the final score would be:

Once EF Code First matures ASP .NET MVC and Rails stacks will be on equal footing.

Enter your email
Subscribe
You can install the full version of PostgreSQL, also known as Postgres, and be on your merry way. If you like the idea of not having to install Postgres and having the ability to start and stop Postgres trivially then this article is for you. Running PostgreSQL using Docker can
* Append "Policy" to the end of the names of your sagas. * Use commands for things you want to happen. * Use the imperative for naming your commands, e.g., SendWelcomeEmail. * Use classes for commands. * Use events for things that have happened. * Use interfaces for events. * Event names are often the past
Here are some common queries I use in Postgres. View Current Query Activity SELECT query, state, * FROM pg_stat_activity Drop Existing Connections Except Yours (9.2+) SELECT pg_terminate_backend(pg_stat_activity.pid) FROM pg_stat_activity WHERE pg_stat_activity.datname = 'TARGET_DB' -- ← change this to